Hit enter to search or ESC to close
Business

The importance of food safety and hygiene? 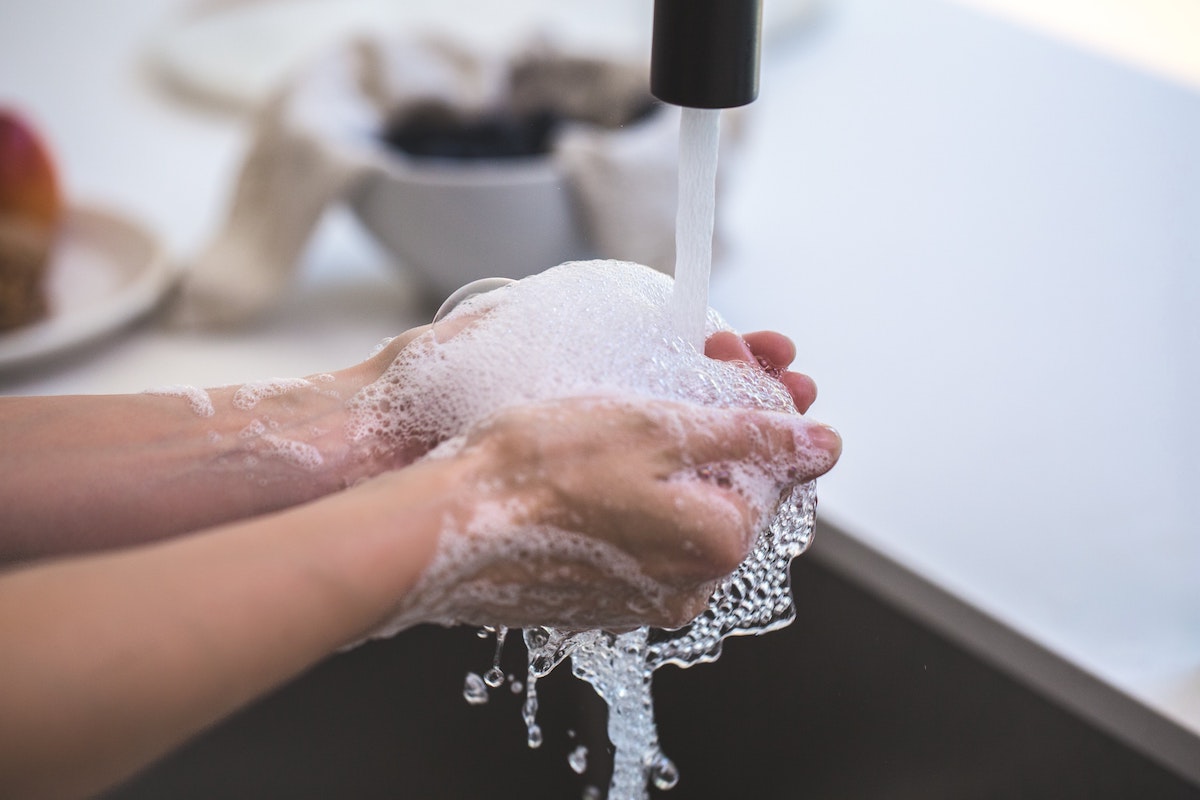 It is imperative as a manager of a food service business that you understand the importance of food safety and hygiene to ensure that the food you prepare and sell is safe and in accordance with the relevant Food Safety Standards.

What is the importance of food safety and hygiene?

If you own or manage a food service business, one of your most important responsibilities is to make sure that food is handled and prepared in accordance with the relevant Food Safety Standards. Furthermore, everyone working in the operation needs to recognise how imperative it is to ensure that the food you prepare and sell is safe and that food hygiene and safety practices are maintained on the premises. Anything less and there’s the risk of not only damage to the business’s reputation, but hefty fines and possible loss of trading licence.

That’s why understanding and practising good hygiene, storage and refrigeration practices is so important. The onset of Covid served to shine a light on these areas, particularly the importance of sanitising countertops, tables and work surfaces.

To find out more about how the events of the past two years have raised awareness of the importance of food hygiene and safety, we spoke to a food safety consultant, trainer and auditor Gary Kennedy from Correct Food Systems. Gary has a Bachelor of Science in Food Technology from the University of NSW and initially worked in the food preparation area of a public hospital, then joined a food service supplier who made hamburger patties and pizza toppings, before moving into his current field. He founded Correct Food Systems 20 years ago and today is heavily involved on committees for the IHHC (Institute of Hospitality in Healthcare) and AIFST (Australian Institute of Food Science and Technology).

The rise of Covid has raised awareness

Gary confirms the arrival of Covid brought food safety and hygiene into the spotlight, albeit initially indirectly: “Suddenly we had an infectious disease and staff were unsure whether their current cleaning and sanitising regimes were good enough. The first thing we had to determine were the basics: whether a commercial dishwasher would kill the virus, would a washing machine kill it from your clothes, could you use regular hand sanitiser, would your usual cleaning chemicals work? Early on a lot of the questions, we were asking were medical in nature: how to wash your hands properly, was there a need to wear face masks when preparing food?

“In fact, the food industry generally is well equipped for these things, because we normally undertake procedures to kill bugs like salmonella – and it is after all an industry where workers are supposed to wash their hands and sanitise work surfaces. So the advice that we were getting out to people was as long as they were following those standard procedures, they were doing the right things already.”

More broadly, Gary says awareness has been raised within the foodservice sector generally of a whole range of food safety and hygiene-related issues. “One important benefit is that staff now have a far greater awareness of the importance of hand washing – they know it’s not a question of just whisking your hand under a hot water tap; the whole idea of ‘sing happy birthday’ twice while you’re washing your hands has hit home.

“We also now have an emphasis on disinfecting or sanitising, rather than just cleaning surfaces. More people now understand that a surface might look clean but still be infected. That has always been the case for food-borne illnesses like listeria and salmonella, but Covid has really brought it home.

“The discussions about whether Covid can live on the outside of a frozen food pack has also made people stop and think about the fact that the outside of a food package is not clean. It sits on a truck, it gets delivered, it’s out on the street or in the loading dock, it gets dirty. In high-risk environments like hospitals, they won’t let cardboard into the kitchens, they’ll decant the contents rather than bring in the packaging. And even in general foodservice staff are now wiping down cans before opening them, or washing cutlery and crockery prior to first use.

“It’s not a universal trend but it’s certainly growing – people are realising that what they’re bringing in from outside needs to be cleaned before they use it in the kitchen. So I would say there is a greater awareness generally of germs and the risk of infection, and that has been very beneficial for the industry. While Covid is not a cause of food poisoning, the fact is that if you clean to get rid of Covid, you’re getting rid of the food poisoning bugs at the same time.”

Gary says it’s important to understand that there’s always an element of risk in commercial kitchen operations and that, as the saying goes, stuff happens. “You might have an unexpectedly busy period or the dishwasher breaks down or there’s a new person on their first day of the job and 20 people come in for a function or a meal has to be redone at the last minute. Nobody who works in a kitchen ever says at the end of the day, “well, nothing went wrong today” – that never happens.

“As a general rule, I can tell if someone’s going to pass or fail an audit just by walking through the site. You know just by the overall state of repair and cleanliness. If the wallpaper’s peeling, the tiles are chipped and there are stains on the carpet and a rancid smell in the drains, you can bet it’s going to fail the audit.

“Nobody who works in a kitchen ever says at the end of the day, ‘well, nothing went wrong today”

He adds that much of what food safety auditors advise is pretty straightforward: wash your hands thoroughly, keep raw food away from ready-to-eat and so on. “A lot of it is basic common sense. You do tend to find the same problems again and again: the fridge is often not running cold enough because it’s over-full,  the doors are being left open and it’s not being regularly serviced, it’s only repaired when it breaks down. The drains aren’t being cleaned because the drain holes are blocked; raw and ready-to-eat food is being stored together because many smaller kitchens only have one cool room. Staff are going in and out of the cool room constantly so they decide to leave the door open, not stopping to think that’s like leaving the fridge door open at home – the food is going to get warm. It’s actually illegal according to the Food Safety Standards to sell food commercially at greater than five degrees, so if it’s coming out of the cool room at that temperature you can’t sell it to the public.”

Cross-contamination is still a major concern

These issues have only been exacerbated by the current staff shortages, as Gary makes clear:

“If you have just the one person preparing raw and cooked food and putting dirty plates into the dishwasher while taking clean plates from the other side all without washing hands or changing gloves, you’re going to get cross-contamination. That is still very common, and the smaller the kitchen and the less staff you have, the more likely it is – because the more people have to multitask, the greater the chance of cross-contaminating. If you’ve only got the one job to do, that’s far less likely, which is why in the big QSR chains like KFC or McDonald’s you see people assigned to certain stations and they don’t leave them, because it reduces that risk.”

Cross-contamination is a major concern not only for general hygiene but in protecting against the spread of food allergens in food service kitchens. “I do some work with Anaphylaxis Australia, and they are very focused on getting the message out that for people with a severe enough food allergy, one breadcrumb or sesame seed or fish scale, one burnt piece of milk skin, can kill. If you’re severely allergic to milk, just a little bit of burnt-on milk skin can be enough to trigger an anaphylactic reaction which can kill you.

“We have people in the industry and the general public asking, why are food allergies on the rise so much in Australia? Well firstly if you look at the figures it’s actually plateauing. But one reason there seems to be more people with allergies today is because they used to die from their allergies and today they don’t, they manage them.

“There used to be no treatment for anaphylaxis, now we have Epipens which people carry with them to inject adrenaline, and we have allergen-free foods which never used to be available. Having said that, I know people who are anaphylactic and they simply won’t eat out, won’t go to restaurants or functions because they won’t run the risk. Around one per cent of adults in Australia are severely anaphylactic and they tend to just avoid certain foods and eateries entirely. I know people who are allergic to crustacea and milk, and they will eat at vegan restaurants because they know they are no ingredients like that in use there. Or they’ll restrict themselves to cooking at home.”

Complete elimination of allergens is an impossibility

Gary emphasises that in practical terms it’s virtually impossible to entirely eliminate allergens from food service. “Hospitals can design diets where everything on the day is allergen-free, but your typical local restaurant or takeaway just doesn’t have the space to do this well. Just recently there was a death in a restaurant in NSW due to a customer being allergic to sesame.

“Even with food intolerances like gluten – which will make someone with a coeliac disease very ill if they eat it, but isn’t life-threatening – most venues can’t eliminate it to the degree that’s required. In Australia to make a gluten-free claim the food has to have no detectable gluten, which means in practical terms your entire premises and preparation area have to have no gluten-containing ingredients whatsoever, down to crumb residue in the deep fryer or toaster.

“It also means your staff can’t bring in their own sandwiches to eat – every single thing has to be gluten-free. So the only practical way a venue can offer gluten-free is to buy a pre-wrapped, pre-made gluten-free product that’s sold separately like ready wrapped gluten-free sandwiches.”

Despite the gains in awareness that have been made over the past two years, Gary says there are already signs of regression, at least with regard to sanitisation. “People are going back to their old ways of doing things. We’ve also seen that on public transport where everyone was wearing facemasks and now they’re not anymore. Once people aren’t pressured to do something they tend to relax about it. Having said that, we were probably guilty of a bit of overkill before, cleaning every single surface which probably wasn’t necessary.

“Every time you walk through a kitchen you still have to remind people to wash their hands. It might be one of the basics but it’s so easy to overlook, particularly if you’re flat out with 70 orders sitting there and front of house yelling at you. It’s always tempting to cut corners.” (Source: Hospitality Magazine. FSR (FoodserviceREP) Edition #115 June/July 2022).

Want to learn more about food safety and hygiene?

How to Be Food Safe eGuide

For a low investment, download a copy of How to Be Food Safe eGuide.  This eGuide is easy to read with lots of examples, case studies, tips, and activities…knowhow you can use in your own business immediately. This eGuide is delivered online, so you can access it from your computer at a time convenient to you.

Do You Want to Become Your Own Boss This Year?  Make It Happen!